These anomalies may serve as tiny magnetic shields.”These anomalies can deflect the solar wind,” Lon Hood, a planetary scientist at the University of Arizona, told Science. “We think they could be quite significant in shielding the permanently shadowed regions.” END_OF_DOCUMENT_TOKEN_TO_BE_REPLACED

Scientists have identified a topographical phenomenon on the lunar surface: bright swirls resembling cream being stirred into coffee. The features, which range in size from a few meters across to more than 50 kilometers, are found across from the Moon. Summarizes NewScientist: “We don’t know what causes [the swirls], but a new analysis has discovered surprising hints that they are found where the ground is lower.”

Double-shadowed craters near the Moon’s south pole may be so dark that they would be among the coldest places in the solar system. The small tilt of the Moon as it orbits the Earth, only 1.5 degrees, means that it has hundreds of craters where direct sunlight never reaches. Double-shadowed craters make it impossible for even reflected sunlight to touch some areas. Temperatures can drop below  -170°C.

NewScientist has the story behind a paywall.

A team with China’s Chang’e 4 mission to the far side of the Moon has discovered a curious substance, which it describes (translated) as “gel-like.” They describe the material as dark greenish and glistening impact melt breccia, measuring 20 inches by six inches — signs of possible presence of glasses resulting from meteor impact melts or volcanic eruptions.

According to a report by Our Space, a Chinese-language science-outreach publication (and reported on by Space.com), the breccia — broken fragments of minerals cemented together — was formed by impact-generated welding, cementing and agglutinating of lunar regolith and breccia.

The paper also looks at the surrounding area, writes Space.com. The authors suggest that the lunar regolith consists of a mixture from multiple sources, including ejecta from the impact that created the nearby Finsen crater and possible contributions from Alder crater. END_OF_DOCUMENT_TOKEN_TO_BE_REPLACED 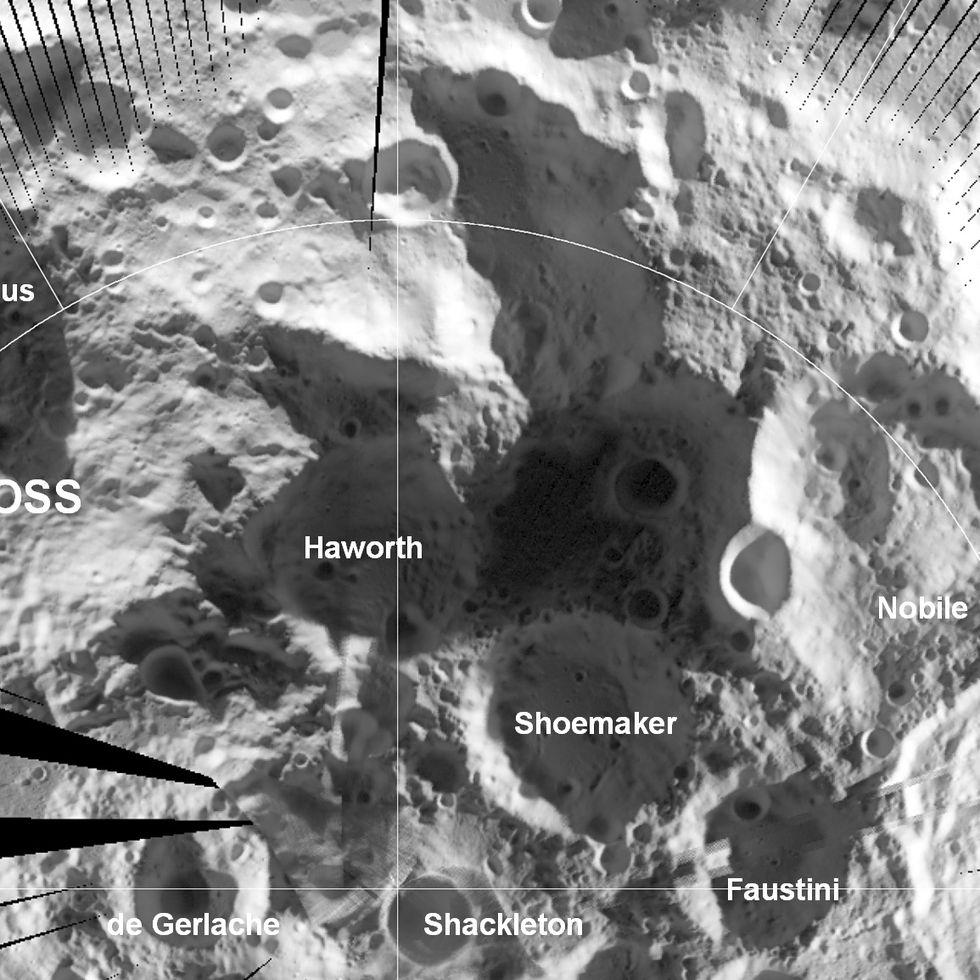 Scientists at NASA’s Solar System Exploration Research Virtual Institute (SSERVI) have created the Lunar South Pole Atlas, a detail chart of the Moon’s underbelly, in preparation for the upcoming Artemis mission. The south pole is the subject of intense interest because there is reason to believe that it contains the Moon’s largest reserves of H2O, which, because they are captured in craters that are never exposed to the sun, never melt.

The difference in elevation between the tip of Malapert Massif and the base of Hawthorne crater is about 5 miles. For context, that’s almost as tall as Mount Everest, which stretches nearly 5.5 miles into the sky. In the case of Leibniz Beta, which lies next to Shoemaker crater, the elevation difference is a whopping 6.2 miles—far higher than Earth’s tallest mountain.

The craters are home to some of the coldest temperatures ever recorded in the solar system. 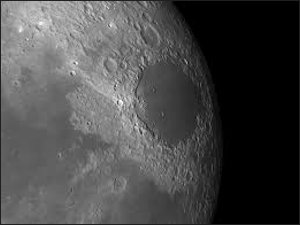 After the solar system formed 4.6 billion year ago, an object slammed into the Moon and formed a 620-mile-wide indentation now known as the Crisium basin. Scientists examining the region say they’ve spotted a crater within the basin that appears to contain pristine impact melt of volcanic rock, reports National Geographic.

Not only might the geologic feature yield clues about the frenzied meteor bombardment during the early history of the Earth and Moon, the basin holds a geologic blister the size of Washington, D.C., unlike any other feature seen in the the solar system. The volcanic lump appears to have been cracked open by underground magmatic activity.

Rocks recovered by U.S. Apollo missions and Russian robotic missions are estimated to be between 3.8 and 4.0 billion years old, leading scientists to theorize that there was spike in the number of impacts on the Moon during a period known as the Late Heavy Bombardment. But that conventional wisdom has come into question. Why was there a 700-million-year quiet period before then?

The Crisium basin could shed light on that mystery. The original impact that formed the basin was so powerful that it created a melt sheet up to 9.3 miles thick. Later, profuse eruptions of lava flooded the basin beginning about 3.6 billion years ago, forming a volcanic sea known as Mare Crisium that covered up much of the original melt. But “islands” of rock within the basin, known as Kipukas, survived the lava inundation. As lunar scientists examined the region, one Kipuka stuck out. Close examination showed that much of it was made of frozen volcanic rock. The research team conjectures that the lump was pushed upward by subsurface volcanic activity, but the origin remains a mystery. END_OF_DOCUMENT_TOKEN_TO_BE_REPLACED

NASA engineers have proposed sending autonomous drones to the Moon to explore the potential of using lava tubes and caves for human habitation. It is theorized that ancient lava flows from volcanoes left miles of lava tubes up to 30 feet across, reports the Daily Mail.

Meanwhile, researchers at the Morgridge Institute for Research in Madison, Wisc., are developing camera technology to explore the tubes from an orbiting satellite.

Geologists are interested because they would provide access to subsurface geology without actually having to dig, which would be very difficult. What’s interesting for space travel is you can’t have people on the surface for long periods because of the temperature extremes, and because of radiation. But in these caves, people could survive for a long time with consistent temperatures and no radiation. Some of these may actually be quite deep, under 50-60 metres of rock.

Earlier these year, says the Daily Mail, NASA announced its Periscope Project, with the goal of mapping the tubes by peering into the 200 or so “skylights” that have been discovered so far.

A count of new crater formations on the Moon has turned up 33% more than predicted, researchers at Arizona State University have found.

Meteors regularly impact the Earth but they usually burn up in the atmosphere. On the Moon, which has no atmosphere, they constantly form craters and impact basins. Bombardment by small meteors could post hazards to future lunar settlements.

Emerson Speyerer and his Arizona State colleagues compared 14,000 photos taken between Oct. 25, 2012 and April 21, 2013 by the high-resolution camera on the Lunar Reconnaissance Orbiter (LRO), reports New Scientist. They found 222 new impact craters more than 10 meters wide, a third more than predicted. They also found 47,000 new splotches, Speyerer’s term for splatter-like changes in reflectance on the surface caused by dust and rock thrown off by the initial meteoric impact.

The largest new crater was 43 meters in diameter. END_OF_DOCUMENT_TOKEN_TO_BE_REPLACED

The Moon may not have an atmosphere, but it does have “weather” after a fashion. Researchers have found that the particles in solar wind appear to interact with the Moon in an unexpected way, reports the Daily Mail.

The solar particles interact with the Earth’s magnetic field to create the aurora borealis. But the Moon lacks a magnetic field, so scientists thought it passively absorbed the solar wind. But measurements made by Indian’s Chandrayaan-1 lunar orbiter have revealed that 10% of the solar wind is reflected back into space, creating turbulence as solar wind streams past the Moon. Vortexes billow onto the dark side of the Moon.

Charles Lue, a researcher at the Swedish Institute of Space Physics, has found that the reflection of solar wind varies with localized magnetic fields on the lunar surface.

In areas with strong magnetism, caused by iron in the crust, the solar wind flow is restricted, while adjacent areas receive increased flow. This results in unusual spirals of ions streaming off the dayside of the moon, where the solar wind strikes first, to the nightside.

The weathering of the moon’s surface by the solar wind may be less than previously predicted, which could mean there is less water hidden beneath the crust. Said Lue: “The reduced solar wind weathering allows us to separate micro-meteorite and solar wind-inducing weathering, including the effects of different solar wind species, differently well shielded.” 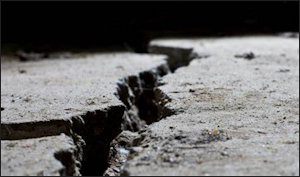 In 1972 America’s astronauts left seismic sensors on the Moon. Gathering data for five years, they transmitted evidence of 12,000 moonquakes, reports The Atlantic.

Scientists have identified four classifications of moonquakes: deep moonquakes, thermal moonquakes, meteroid impacts, and shallow moonquakes. Deep moonquakes are the most common. Scientists counted 7,000 of them. Likely caused by the Earth’s tidal pulls, they occur about every 27 days and usually measure 2 or smaller in magnitude. Thermal quakes occur in response to the temperature changing from lunar day to night. Meteoric quakes are triggered by the impact of meteors.

The really interesting moon quakes are the “shallow” moonquakes. Seven of the 28 recorded up to 1977 exceeded magnitude 5. They last longer than earthquakes, where underground water helps dampen them. On the Moon, which is incredibly dry, seismic energy is more efficiently propagated.

Another factor differentiating shallow moonquakes from earthquakes: Unlike the Earth, the moon has no active tectonics.

The cause of shallow moonquakes remains a mystery.