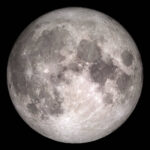 We may not know the answers to those questions, she suggests, until someone actually tries to live and build on the Moon.

Bacon’s bottom line: I subscribe to the ancient legal concept of squatter’s rights. If you settle it, you own it — unless someone can take it away from you. If you’re on the Moon and the person who wants to dispossess you of your property is on Earth, I wish them luck in trying to take it away.