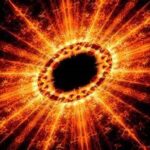 Lunar colonies will be highly dependent upon electricity, but the energy mix will be very different than on Earth. There are no fossil fuels on the Moon, there is no wind power, and there is no hydro power. As a practical matter, there are only three large-scale energy sources which settlers will have available: solar power, nuclear fission power, and nuclear fusion power.

Solar power. The sun is the most readily accessible power source. Sunlight will hit solar collectors without being diffused by an atmosphere, which should allow greater power efficiency than on Earth. Moreover, because there are no clouds, solar generation will be steady and predictable. Silicon and other elements required to build solar panels are readily available on the Moon. The downside is that solar nights last for two weeks. If solar panels generate electricity only half the time, colonists will need extensive energy-storage capacity. In the early stages, they might well rely upon batteries transported from Earth. In the longer run, a fairly high concentration of lithium in solar regolith might make it practicable to manufacture lithium-ion batteries in situ.

Flywheels. Depending upon resource availability, lunar settlers might develop other means of energy storage. One candidate is the flywheel, a rotating mechanical device that stores rotational energy that can be called upon instantaneously. Conventional flywheels are made of steel, the constituent elements of which are abundant on the Moon, and rotate on ball bearings. More advanced flywheel designs utilize vacuums — a notable feature of Moon — to reduce drag, and use magnetic levitation instead of bearings. Flywheels seem a likely candidate for large-scale energy storage for the electric grid. Large-scale settlement of the Moon likely will require large fleets of these devices.

Nuclear fission. Solar power and flywheels will be well adapted to lunar settlements on the lunar surface. But electric transmission and distribution systems on the surface will be vulnerable to meteorite bombardments, solar flares and, depending upon geopolitical conditions, military action. Some colonies might opt for well-protected underground power sources, which excludes solar and leaves nuclear power as the only viable alternative. In the early phases of lunar development, the technology will exist for one form of nuclear power only — fission — and even that will have to be adapted for conditions on the Moon. In a water-scarce environment, engineers will face a significant challenge in disposing of waste heat. Moreover, colonists will be dependent upon supplies of uranium-based fuels from Earth.

Nuclear fusion. Economic logic will impel lunar colonists to move quickly to nuclear fusion technology as soon as it is available. Just as Brazil is famously the nation of the future — and always will be — it might be said that nuclear fusion is the energy source of the future and always will be. Technology continues to advance, though frustratingly slowly, and some are saying that the technology might not become available until 2050. When that day comes, fusion will prove a boon to the lunar economy. Lunar regolith contains large volumes of He-3, a helium isotope with two protons and one neutron which makes the ideal fusion fuel. Regolith will supply not only the Moon’s needs but potentially could become a major export for fusion-powered reactors on Earth.

Electric grid. Large-scale lunar settlements will need to develop electric grids capable of accommodating power generation from multiple sources and demand from a wide variety of customers. Operation of a grid requires keeping frequency and voltage within tight parameters. The “frequency” of the grid, the change in direction of the current flow in an AC (alternating current) system, is directly linked to the speed of rotation of the generators (3,000 rpm is standard in the U.S.). Electric motors drawing power from the grid must run at a speed governed by the frequency. Frequency fluctuates with changes in supply and demand of electricity on the grid. If the frequency changes, it can damage the motors. Because the lunar economy will be 100% electric, the entity that builds, maintains and operates the grid will be a critical economic player.

The world of Luna 2076 envisions that the founder and developer of Galileo Station is a corporation that, having installed a nuclear fusion reactor, extends and maintains the grid as needed to accommodate growth. The corporation generates profits not only from the sale of electricity but from developing new “real estate” served by the grid.

Electric vehicles. Electric vehicles likely will become the norm on Earth by mid-century, with internal combustion engines reserved for niche applications. On the Moon, the lack of an atmosphere will preclude internal combustion on the surface. As a practical matter, many vehicles will be electric powered, and vehicle-charging stations will be a ubiquitous feature of lunar electric grids. Within the compact confines of lunar settlements, battery-powered vehicles will prove more than adequate for daily use. Low gravity will mean that vehicles weigh less than they would on earth, which means they will have lower power requirements, and batteries will last longer.

Big, power-intensive vehicles — rock drillers, say, or laser-mounted military vehicles — will require supplementary power sources such as hydrogen-powered fuel cells. Fuel cells, which generate energy by combining oxygen and hydrogen to create water, likely will be a common alternative to batteries. But will require energy — in the form of nuclear- or solar-powered electricity — to separate the oxygen and hydrogen molecules and convert them back to a usable fuel, so fuel cells will be an adjunct to the electricity-based energy system.

Military considerations. It is naive to think that the rivalry between great powers will end at the Earth’s ionosphere. Once early lunar settlements evolve into permanent colonies, military security will become a consideration. The world of Luna 2076 envisions Galileo Station as a colony built mostly underground for reasons explained in a separate essay. Whether lunar colonies locate underground or not, it will be imperative for security purposes at the very least to locate mission-critical energy sources underground where they will be safe from meteorites, hypersonic missile attacks and/or foreign military occupation.

Access to electricity will dictate military logistics and strategy. Military vehicles and weapons platforms will run on electricity. Vehicles may store energy in fuel cells, but the fuel cells will need to periodically convert water back into hydrogen and oxygen. Energy economics will favor defense over offense. Defenders can entrench close to a stationary and well-fortified source of electricity. Attackers must transport their energy sources — perhaps in the form of portable nuclear units — with them. These lumbering tractor vehicles will be slow and vulnerable. A defender that succeeds in taking out one of these units can crippled their adversary. Offensive military doctrine will evolve around the necessity of protecting these mobile power sources from enemy efforts to destroy them.

Space-based solar. Space-based solar energy will be crucial for the Earth-based economy. This conclusion is based on three propositions. First, it will be impractical to retrofit factories, office buildings and houses to accommodate solar panels on a large scale. Such work is highly site-specific and labor intensive compared to the cost of building utility-scale solar farms on large swaths of land. Second, utility-scale solar will become increasingly expensive as prime locations near existing transmission lines are taken up. As solar sites move to more remote locations, developers will have to build  transmission lines to link them to the grid. But no one likes transmission lines, and NIMBYs will make life miserable for developers.

Third, the path of least resistance could well be erecting fast solar arrays in orbit, capturing the sunlight 24/7 without the limitations of night-time and cloudy weather, converting the electricity to microwaves, and beaming the energy to receptors on the earth that convert the energy back to electricity. There are no NIMBYS in space. There are no scenic vistas to despoil. There are no endangered species to protect. Another potential advantage of of space-based solar power will be the ability to direct energy flows to locations on Earth where it is needed… or, if excess energy is being produced, to adjust output with shades or by other means.

Space-based solar arrays will require maintenance to counter deterioration from micro-meteorites and blasts of radiation. This maintenance will be most economic to perform by a Moon-based platform. Control over this energy source will become a major consideration in geopolitics. 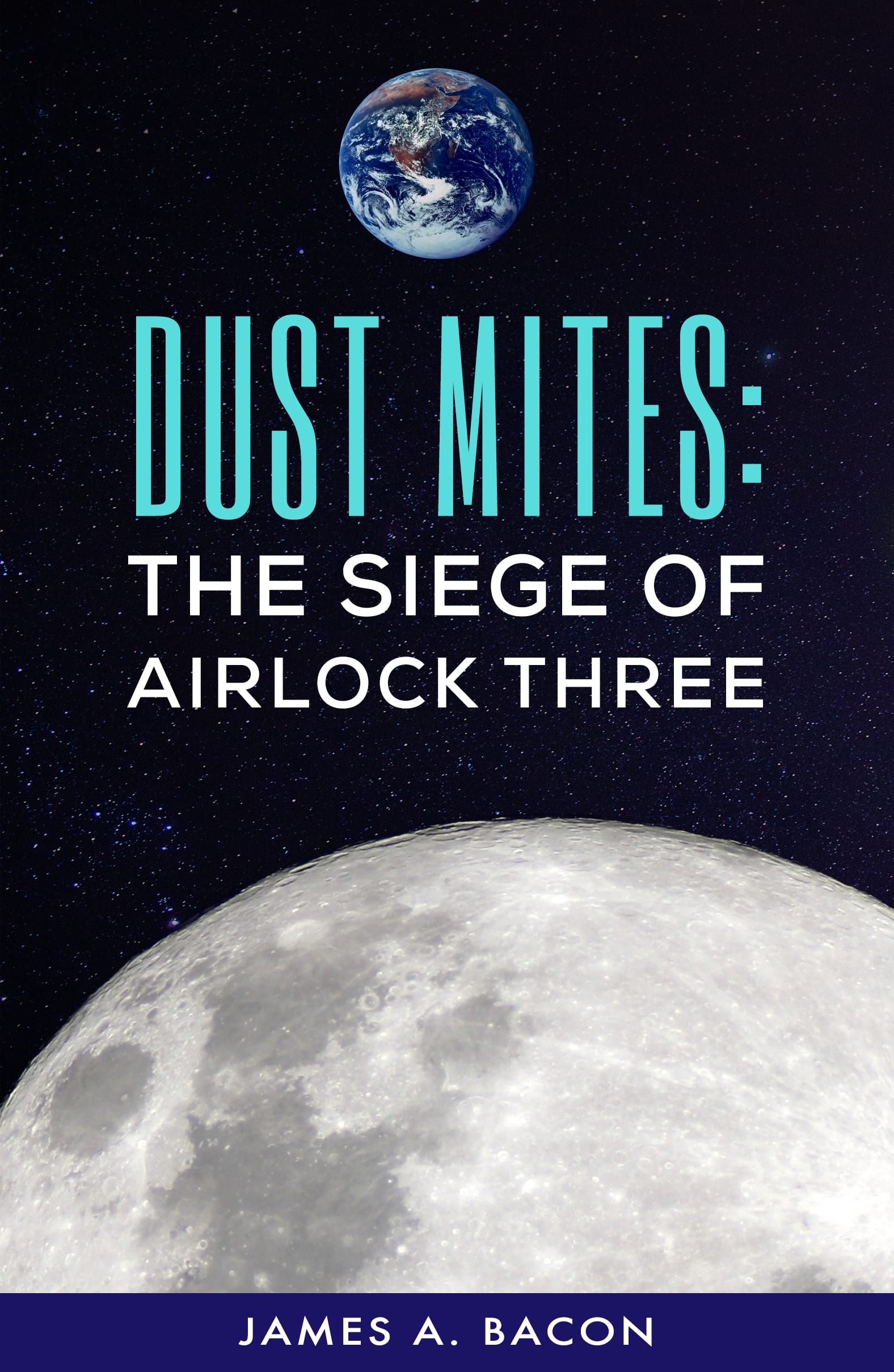