Building the base. Planners expect to make extensive use of 3D printing. Experiments on Earth with imitation regolith have shown that it is possible to build large structures with the technology. However, it remains to be seen how well the process will work in the Moon’s light gravitational field. END_OF_DOCUMENT_TOKEN_TO_BE_REPLACED

I don’t know… Someone will to have to do better than this if space tourism is going to take off. I can safely say that the zero-G space toilet would dissuade 90% of the women of my acquaintance from ever leaving the Earth. — JAB 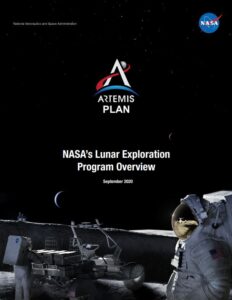 NASA has released its five-year, $28 billion budgetary plan to return four astronauts to the surface of the Moon by 2024 — for the first time in more than 50 years. The aggressive timeline hinges on Congress approving $3.2 billion to kick-start development of new lunar landers.

The plan unveiled Monday, reports Spaceflight Now, assumes that crews will lift off on NASA’s Space Launch System (SLS) heavy-lift rocket, fly to the Moon on an Orion capsule, then transfer on a commercially developed lander to shuttle astronauts to and from the lunar surface where they will maintain a base for exploration and scientific investigation.

The 2024 date is “the most ambitious possible,” states “NASA’s Lunar Exploration Program Overview.”

The Artemis Plan calls for developing a base camp on the lunar South Pole, possibly in Shackleton Crater. Key infrastructure includes the Orion spacecraft to deliver humans to lunar orbit, the Gateway orbiting the Moon to function as a transfer-and-docking station for the lunar lander, and The Habitation and Logistics Outpost (HALO) on the surface of the Moon.

Key elements of the base camp include an unpressurized lunar terrain vehicle, a habitable pressurized rover, a habitation module, power systems, and systems to exploit in situ resources.

Indian scientists have developed what they claim is a sustainable process for making brick-like structures on the Moon. The Microbial Induced Calcite Precipitation process would use bacteria to create a solid structure from lunar soil. The bricks, they suggest, could be used to assemble habitation structures on the lunar surface.

To create the brick, scientists with the Indian Institute of Science and Indian Space Research Organization mixed the Sporosarcina pasteurii bacteria, which produces calcium carbonate crystals, with a simulant of lunar soil. Next, reports Tech Explorist, they added urea and calcium along with gum extracted from guar beans. After a few days of incubation the resulting material was found to possess significant strength and machinability.

The material can be fabricated into any freeform shape using a lathe. “This is advantageous because this completely circumvents the need for specialized molds – a common problem when trying to make various shapes by casting,” says Koushik Viswanathan, assistant professor in the Department of Mechanical Engineering. “This capability could also be exploited to make intricate interlocking structures for construction on the moon without additional fastening mechanisms.”

The next step in the development process is to make larger bricks with a more automated production process, and to test them under varied loading conditions like impacts and moonquakes.

Geoff Brooks, a chemical engineer with Australia’s Swinburne University, has been giving considerable thought to the challenges of building structures under the extreme conditions of the Moon. Temperatures swing from -180° C to 120° as the Moon alternates between intense light and deep darkness. The surface is bombarded by solar and cosmic rays. Glass-like dust particles get everywhere. Even the chemical behavior of materials changes.

“If you think about the way bricks are made, a bit like pottery, imagine trying to make pottery on the moon, where the perfect vacuum changes the way materials heat up and the shape that they take,” Brooks tells Create, an Australian engineering publication. “These are the kinds of experiments we’re now building, to test not only how the materials will react on the moon but how we can work with those conditions to create a structure.”

Humans will need structures to shelter them from cosmic rays and moon dust. “We will need buildings with thick walls to protect space travelers,” he says. “However, on the moon we have only the rocks on the ground and the sun to work with. Everything else is difficult and expensive to get there.” 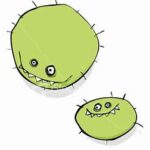 “We’re trying to balance the interests of the science community, the interest of the human exploration community and the interest of the commercial community,” NASA Administrator Jim Bridenstine announced during a “Moon Dialogs” webinar. NASA’s Office of Planetary Protection, housed within the Office of Safety and Mission Assurance, is tasked with ensuring will that the directives are complied with.

Bridenstine said it is important the future missions leave behind a “pristine environment” so humans know that what they discover in the future was not left there by other humans, as reported by Space.com. “We have to make sure that we are inventorying every kind of biological substance and even nonbiological substance — organics for example — that could leave something behind on the moon that could be problematic for future research.” END_OF_DOCUMENT_TOKEN_TO_BE_REPLACED

NASA is offering $35,000 in prizes for anyone who can design a toilet that can be used on the Moon. The specs are demanding, reports CNN Business.

The toilet must be functional in the microgravity of space and the 1/6G of the Moon.

It must accommodate men and women.

It should should conserve water, a scarce and valuable resource, and “help maintain a pristine environment inside the lander that is free of odors and other contaminants,”

The toilet should be easy to clean and maintain.

Serving a crew of two astronauts for 14 days, the toilet should allow for a turnaround time of five minutes or less between uses. END_OF_DOCUMENT_TOKEN_TO_BE_REPLACED

Whether living in lunar habitats or space ships, human explorers and colonists face a common challenge: maintaining air quality in a confined space. On Earth gases emanating from respiration (carbon dioxide), combustion, or even everyday tasks such as cooking and brewing coffee are allowed to disperse into the atmosphere where they will be diluted. But habitats in space must maintain an early warning detection system to alert occupants before gases build to dangerous levels.

Spacecraft cabins gas sensors in operation on the Skylab and International Space Station use laser-based absorption spectroscopy. However, they are expensive, they’re sensitive, and they consumer a lot of power. The authors recommend the use of light-emitting diodes (LEDs), which feature lower power requirements and can be implemented in a broad range of sensors.

European researchers have found that the urea in human urine can be used as a “plasticizer” to combine with lunar regolith to make building materials.

The cost of transporting building materials to the Moon is so expensive — roughly $10,000 per pound — that scientists are looking for ways to utilize materials readily available on the Moon. Dutch, Norwegian, Spanish and Italian researchers theorized that urea could be incorporated into concrete to soften the initial mixture and make it more liable before it hardens, reports Phys.org.

“To make geopolymer concrete that will be used on the moon, the idea is to use what is already there: regolith (loose material from the moon’s surface) and the water from the ice present in some areas,” explains one of the authors, Ramón Pamies, a professor at the Polytechnic University of Cartagena (Murcia). “But moreover, with this study, we have seen that a waste product, such as the urine of the personnel who occupy the moon bases, could also be used. The two main components of urine are water and urea, a molecule that allows the hydrogen bonds to be broken and, therefore, reduces the viscosities of many aqueous mixtures.”

Using material similar to regolith mixed with urea, researchers have manufactured concrete cylinders using a 3-D printer. The urea mixture supported heavy weights and remained almost stable in shape. Resistance was tested at a temperature of 80°C, and was found to increase even after eight freeze-thaw cycles like those on the Moon.

Next step: figuring out how to extract the urea from the urine.

The humble fungus has remarkable properties that researchers at NASA’s Ames Research facility think could make it a useful material for building human habitats on the Moon and Mars. The mycelium — the branching, thread-like part of a fungus — has a higher bend strength than reinforced concrete and a higher compression strength than lumber. It acts as a fire retardant, and it is capable of growing and repairing itself.

“Right now, traditional habitat designs for Mars are like a turtle — carrying our homes with us on our backs – a reliable plan, but with huge energy costs,” principal investigator Lynn Rothschild tells SciTechDaily. “Instead, we can harness mycelia to grow these habitats ourselves when we get there.”

Researchers envision human explorers taking along a compact habitat built of a lightweight materials supplemented with dormant fungi. Upon arrival, they would unfold the structure and add water, and the fungi would grow around the framework into a functional human habitat. Writes SciTechDaily:

Just like the astronauts, fungal mycelia is a lifeform that has to eat and breathe. That’s where something called cyanobacteria comes in – a kind of bacterium that can use energy from the Sun to convert water and carbon dioxide into oxygen and fungus food.

These pieces come together in an elegant habitat concept with a three-layered dome. The outer-most layer is made up of frozen water ice, perhaps tapped from the resources on the Moon or Mars. That water serves as a protection from radiation and trickles down to the second layer – the cyanobacteria. This layer can take that water and photosynthesize using the outside light that shines through the icy layer to produce oxygen for astronauts and nutrients for the final layer of mycelia.

That last layer of mycelia is what organically grows into a sturdy home, first activated to grow in a contained environment and then baked to kill the lifeforms – providing structural integrity and ensuring no life contaminates Mars and any microbial life that’s already there. Even if some mycelia somehow escaped, they will be genetically altered to be incapable of surviving outside the habitat.

The Ames team also imagines mycelia being used for water filtration and biomining systems that extract minerals from wastewater.