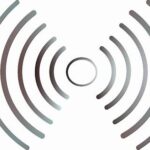 WiBotic makes wireless charging military and industrial drones and robots in punishing environments on Earth. Soon, as a participant in a $5.8 million contract with space robotics company Astrobotic, Bosch, and the University of Washington, the Seattle-based company will be creating wireless charging solutions for robots on the even more punishing environment of the Moon.

The wireless inductive technology will work according to the same physical principles as charging pads for phones, only on a bigger scale. It will eliminate the need for charging cables, a weak link for lunar vehicles on the harsh lunar surface, reports ZDNet.

“By removing dependencies to solar charging, a new wide range of opportunities for smaller and lighter systems becomes available for missions that were not within reach before — such as survival of lunar night missions,” says Cedric Corpa de la Fuente, electrical engineer for Planetary Mobility at Astrobotic.

Long term, WiBotic wants to become a player in creating electrical grids on the Moon.

“Our longer term vision is to pioneer a lunar wireless power grid to supply energy for a wide range of both manned and unmanned vehicles, irrespective of their individual battery types, voltages or required power levels,” says WiBotic CEO Ben Waters. “This is only the first step in creating a common infrastructure of wireless charging stations and Fleet Energy management software to be deployed across the surface of the moon.”